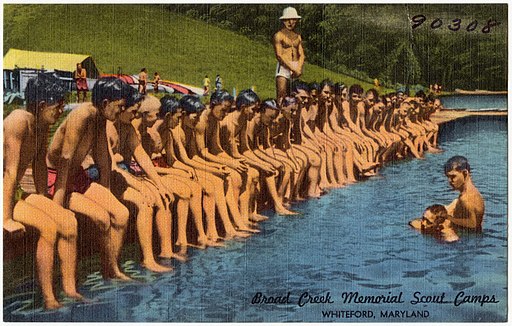 Baltimore Area Council operates a Scout camp in Harford County, Maryland known as Broad Creek Memorial Scout Reservation.[2] Broad Creek land was first acquired in 1946. Over 1,900 acres (7.7 km2) of land are owned and/or operated by BAC. It has operated as a Scout camp since 1948 and is one of the five largest blocks of contiguous forest in the traditional (western shore) Baltimore metropolitan area, and the largest such private forested area. In 2009, a new Rosenberg Welcome Center, formerly the Reservation HQ, and the expansion of the Dining Hall Pavilion at Camp Oest were constructed to accommodate attendance growth and goals in the 2008-2012 Baltimore Area Council Strategic Plan.